Since the beginning of time, the world has evolved, changed and adapted to its surroundings. Each plant and animal that has ever existed has moved through time, discarding genetic traits that are no longer useful and developing new ways to survive and thrive. Biometric architecture aims to adopt these learnings of nature and introduce them into the built world.

The idea of biomimicry is that all nature’s inhabitants, including animals, plants and microbes, have inexhaustible experience in solving problems. Certain species have evolved in ways that make life on earth the most sustainable and effective it can be, and in doing so, have managed to survive in the ever-changing landscape of earth.

The architectural works listed below employ the concepts of biomimicry, using nature’s influence to create some seriously extraordinary structures. 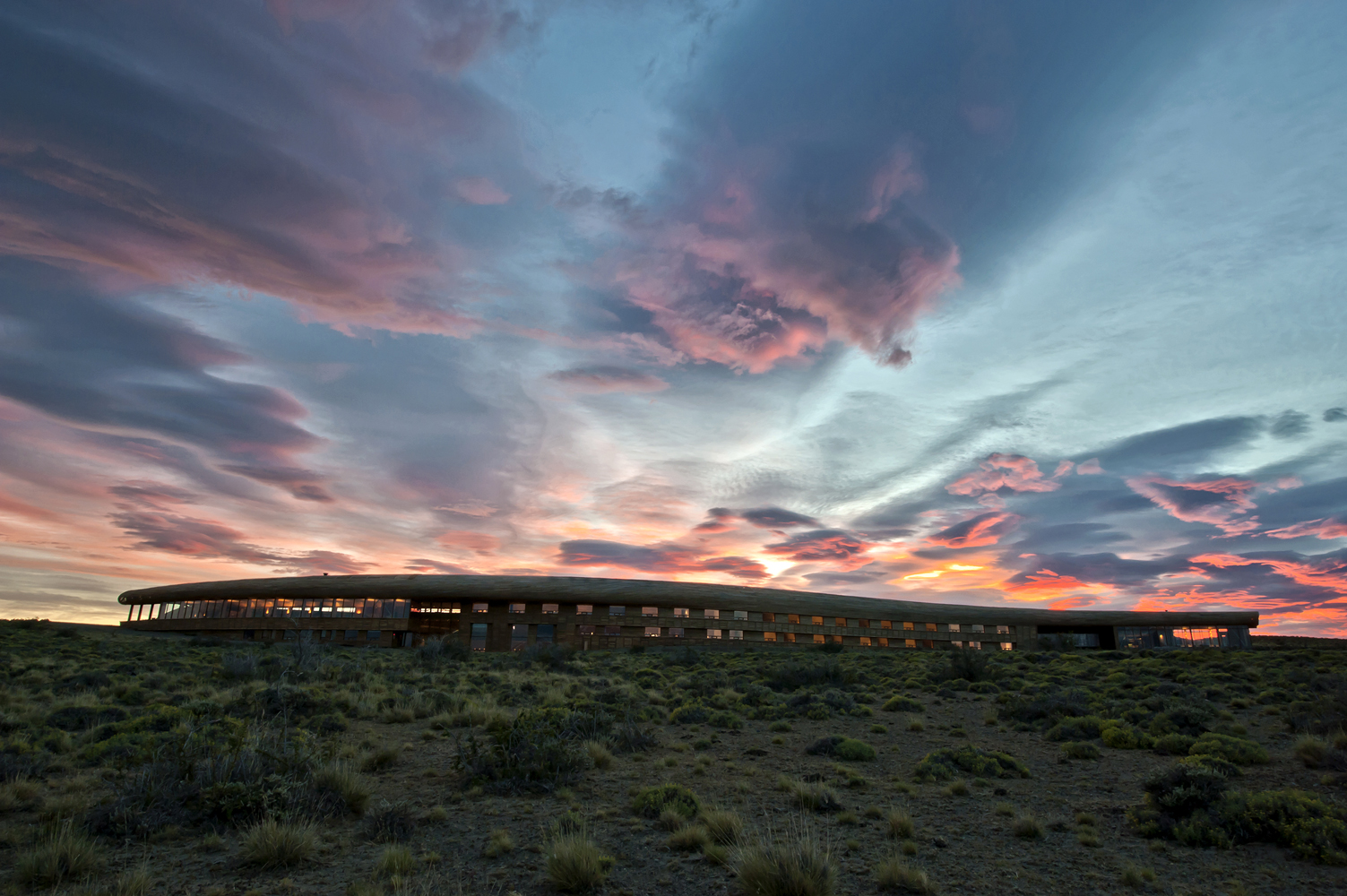 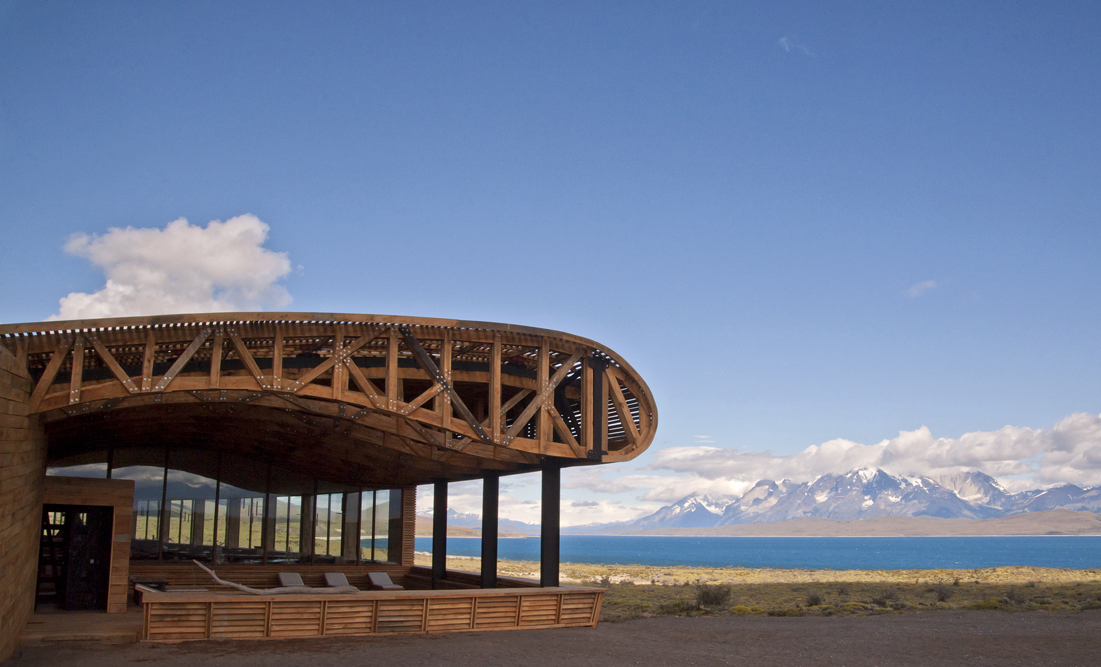 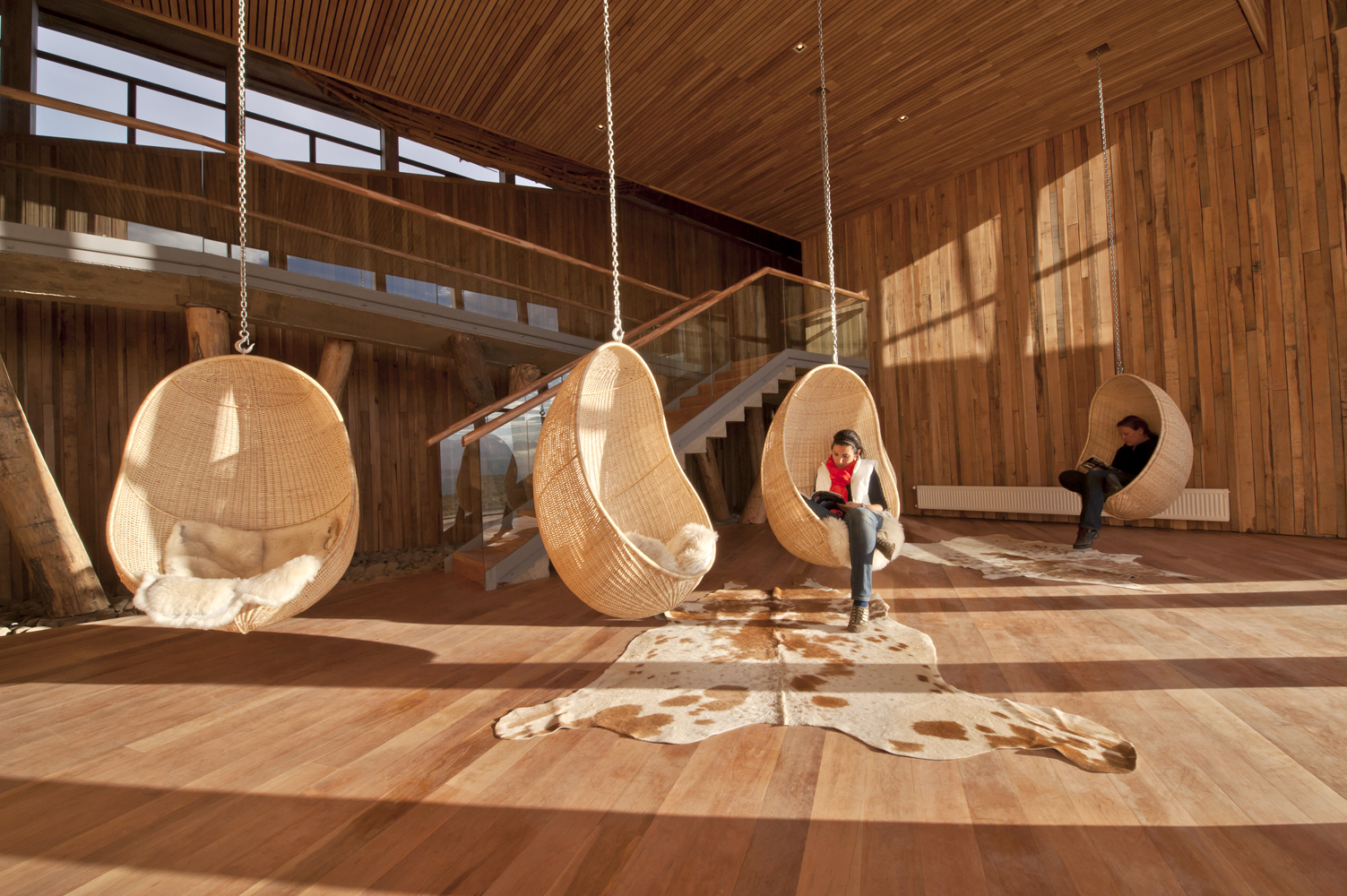 On the shore of Lake Sarmiento sits the Tierra Patagonia Hotel, an incredible structure expertly blended with its surroundings. Designed by Chilean architect Cazú Zegers, the silhouette of the building takes its shape from wind itself; a force of nature that is felt throughout Patagonia. Anchored to the ground with stone slopes and covered entirely with washed lenga wood, the hotel embraces traditionally used materials of the region for its resilient exterior and its warm, inviting interior.

Once the world’s tallest building, the 1,671-foot-tall Taipei 101 is a blend of nature, culture and technology. Inspired by the form of a bamboo stalk with its green glass curtain walls, the eye-catching skyscraper has stretched up in the center of Taipei’s Xinyi District since 2004.

Much like a bamboo stalk, Taipei 101 was designed to be flexible, allowing it to withstand the typhoon winds and earthquake tremors that commonly impact the area. The main tower features a series of eight segments, each with eight floors. Within Chinese-speaking cultures, this special number is associated with abundance, prosperity and good fortune. Each floor has a double-chamfered step design that helps to dramatically reduce crosswind oscillations. 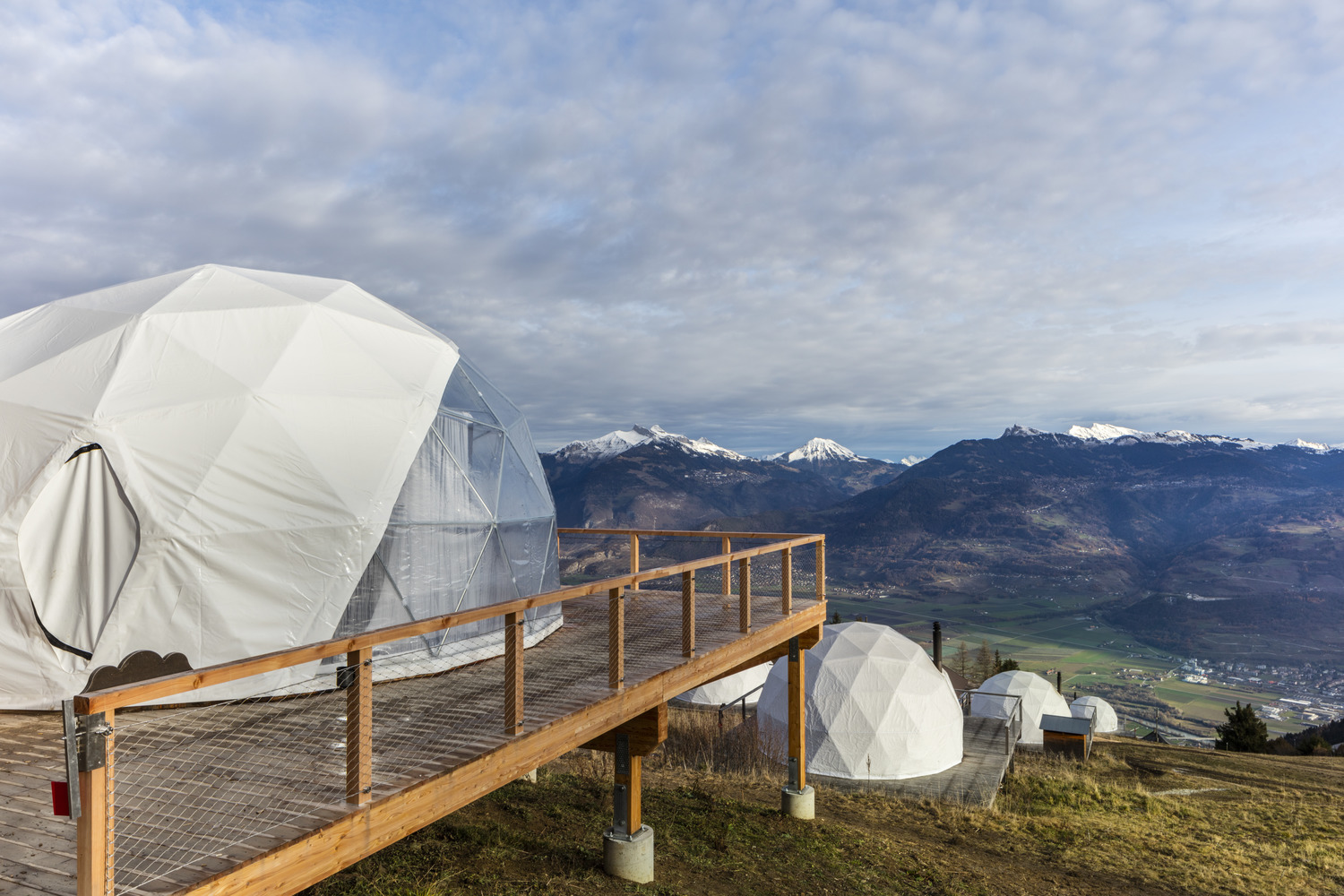 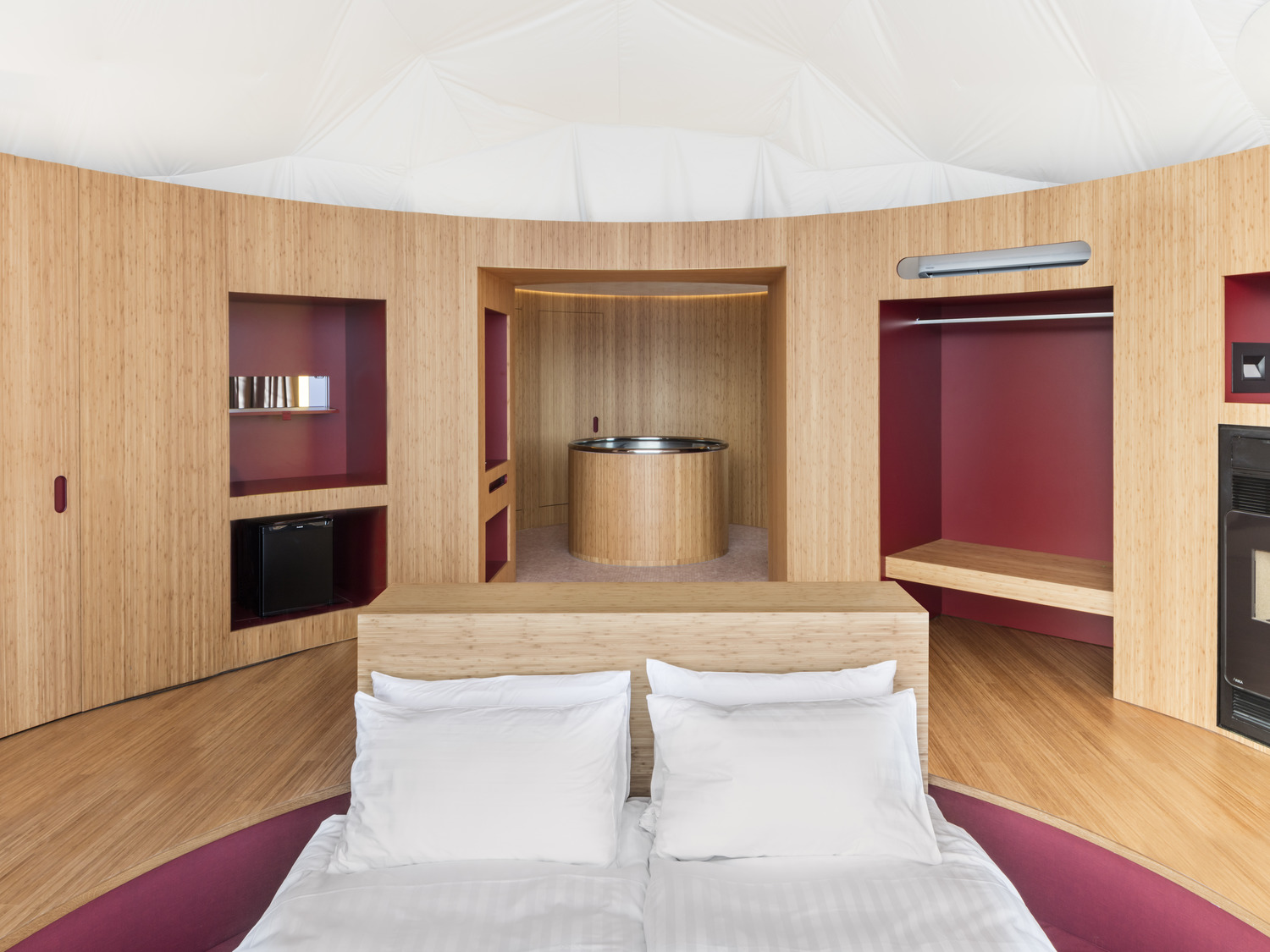 The first geodesic domes were credited to Buckminster Fuller in 1948, and although Fuller was not the original inventor, his designs popularized the idea and led to a proliferation of dome shaped structures in the years since. Since then, scientists have discovered that this strong, durable shape is actually what makes up most of the physical world.

Icosahedral molecules — 60 linked carbon atoms in a cage-like structure that resembles a soccer ball — are aptly nicknamed “Buckyballs”. This iconic form was the basis for the design of The Whitepod eco-luxury resort, situated high in the Swiss Alps, which features sleek, modern rooms topped by white fabric domes.

Architects take inspiration from the most unusual places, and Australia’s Council House 2 is no exception. A masterpiece in sustainability, the office building uses techniques found in nature throughout. Its architect, Mick Pearce of DesignInc, aims to use biometric-inspired designs to solve many of the problems found in architecture today.

A prime example of this is the heating, ventilating and cooling (HVAC) system within the building. Modeled on that of a termite mound the cool air is drawn into the base of the mound via channels and the ‘coolth’ is stored using wet soil. As the air warms, it flows upwards and out of the mound via vents. 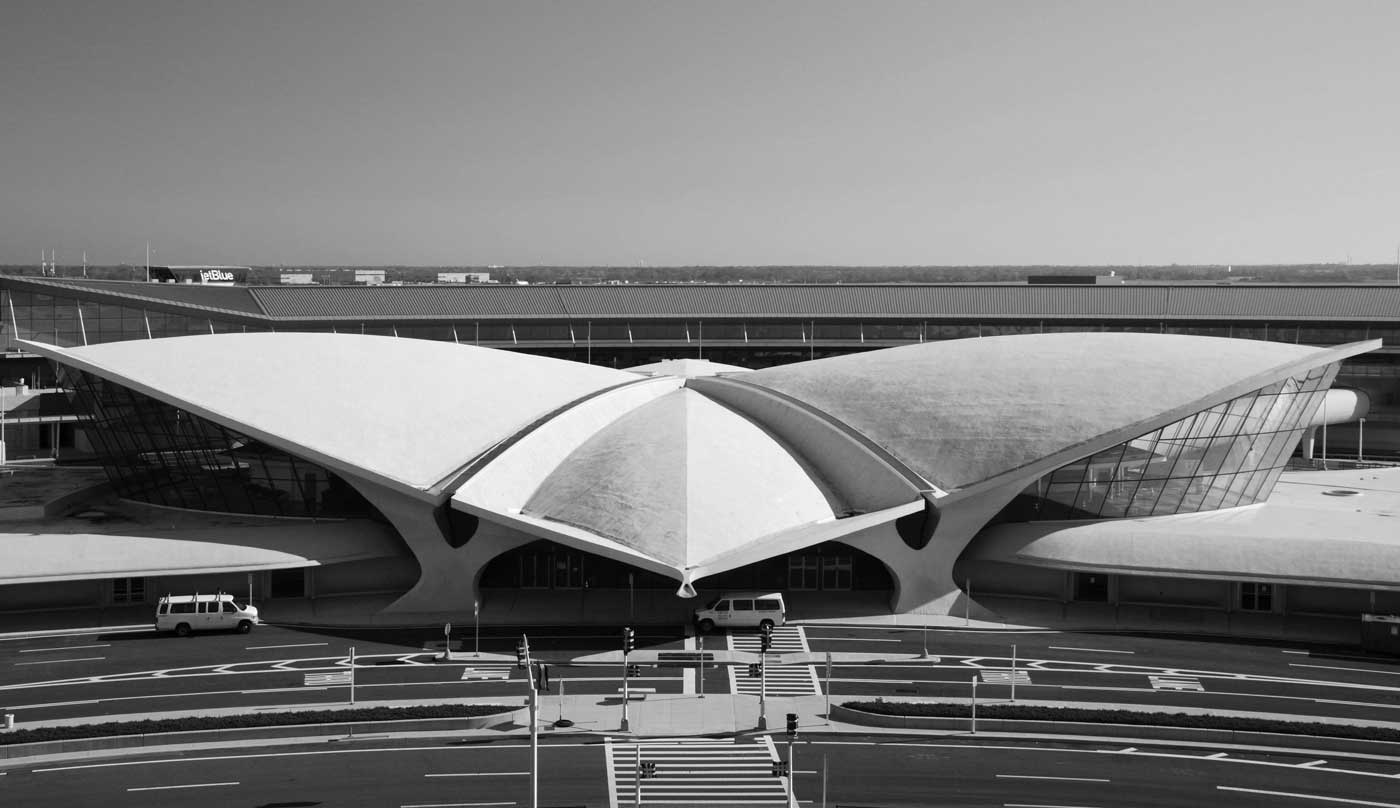 The TWA Flight Center, also known as the Trans World Flight Center, is an airport terminal and hotel complex at New York City’s John F. Kennedy International Airport. The original terminal operated from 1962 to 2002, and in 2017 it was remodeled as part of the TWA Hotel.

It is a building whose mere shape evokes the emotions felt before, during and after flight. With its thin concrete shell, built to span space with the minimum amount of material, the curved and aerodynamic shape of TWA perfectly encapsulates the balanced aspect ratio of both birds and planes.

Originally built as a temporary structure, Atomium has been one of the leading tourist attractions in Brussels since it was constructed in 1958 for the World Fair. The 165-billion-times enlarged model represents an elementary iron crystal cell, and is considered a perfect blend of sculpture and architecture. The structure itself consists of nine stainless steel clad spheres connected by 20 tubes, and was designed to represent humanity’s faith in scientific progress following World War II. 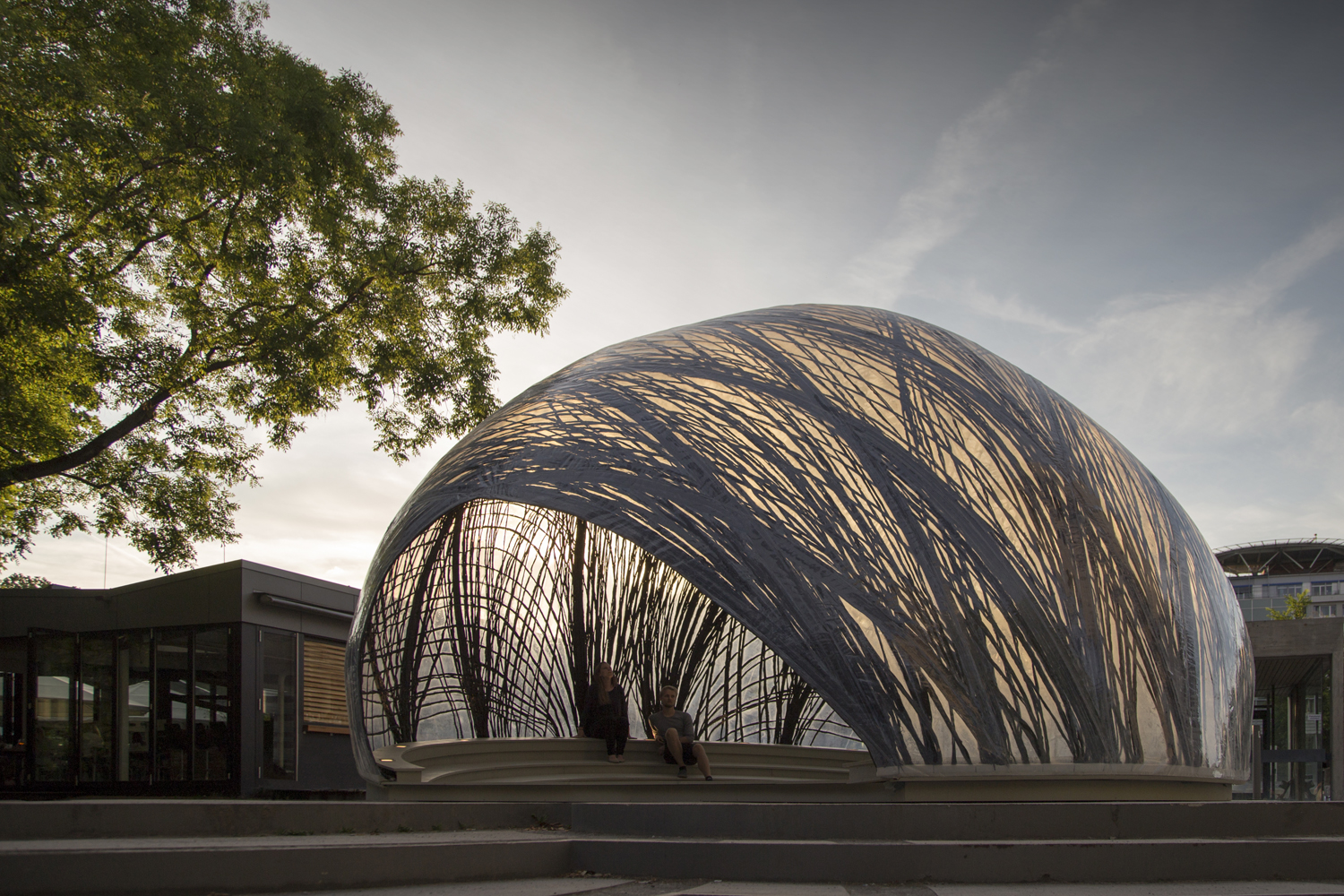 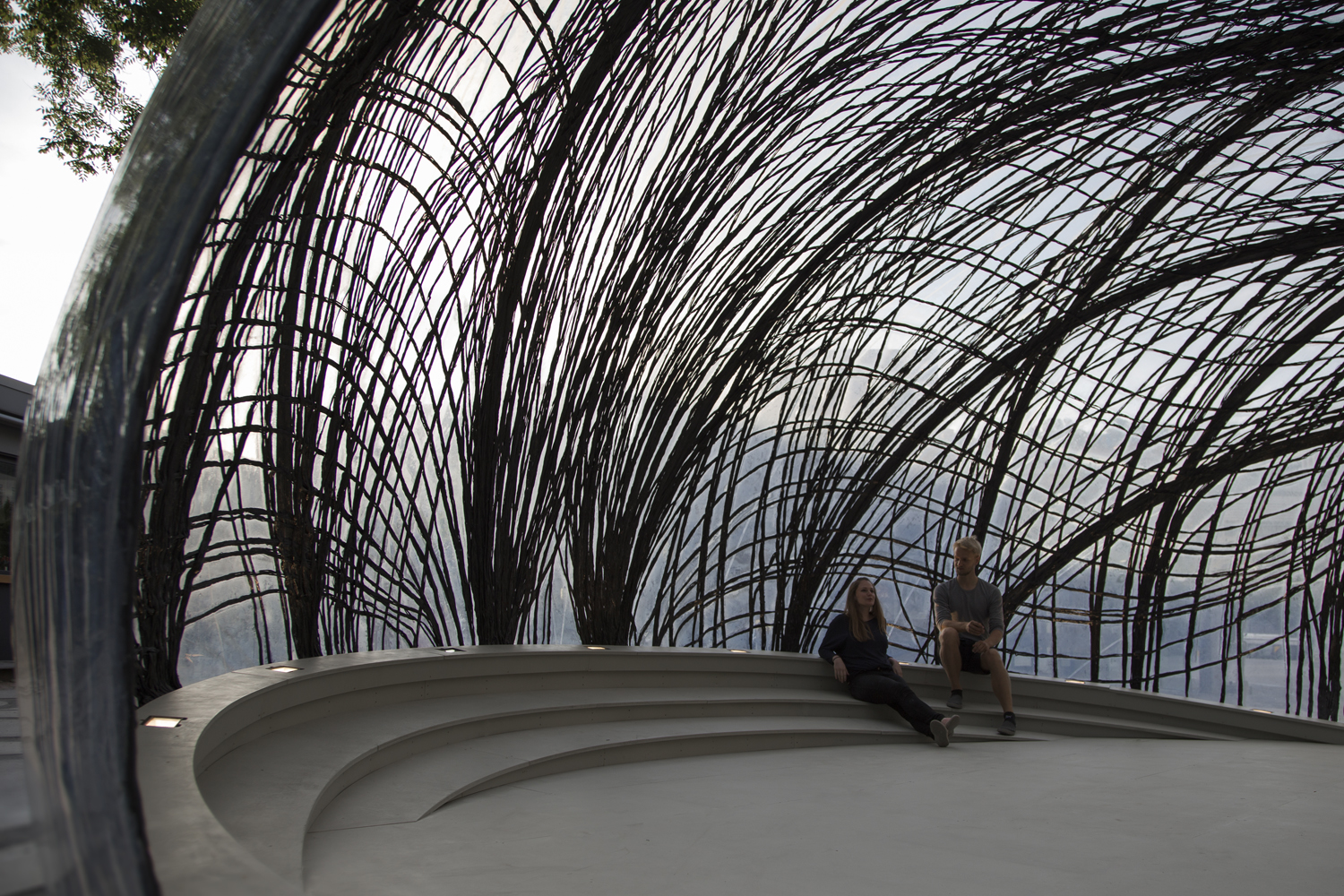 The Institute for Computational Design and Construction (ICD) is a program that dedicates itself to the exploration and development of new theoretical and practical computational design processes. With the use of computer-controlled manufacturing processes, their main focus is on robotic fabrication, using it as a means to study the structures found in nature.

Various projects have emerged from the institute that advance technologies and will potentially change the way we build in the future. Research Pavilion 2014-15 demonstrates the architectural potential of a novel building method, inspired by the underwater nest construction of the water spider.

The Finalists of this year's One Drawing Challenge tell complex, often poetic stories about architec ture and life in 2021.